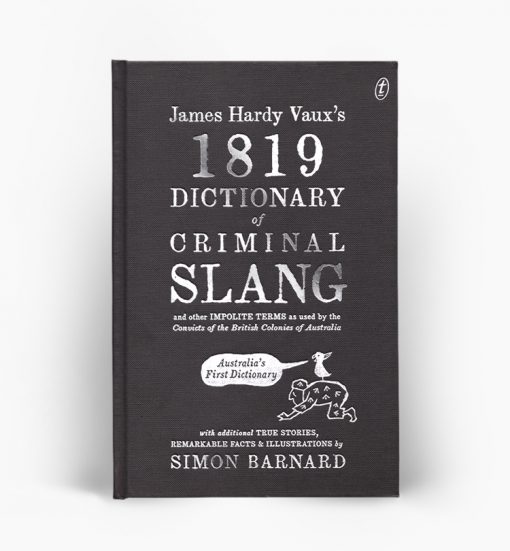 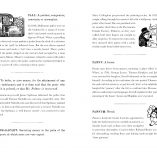 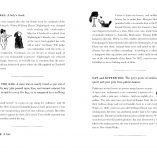 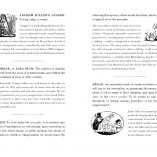 James Hardy Vaux’s 1819 Dictionary of Criminal Slang and Other Impolite Terms as Used by the Convicts of the British Colonies of Australia with Additional True Stories, Remarkable Facts and Illustrations

In the early 1800s magistrates in the Australian colonies were often frustrated by the language used by reoffending convicts to disguise their criminal activities and intensions. Convict clerk James Hardy Vaux came up with a useful idea: a dictionary of slang and other terms used by convicts. And so, in 1812, he compiled what was to be Australia’s first published dictionary.

With words such as fence (a receiver of stolen goods), flesh-bag (a shirt), flip (to shoot); galloot (a soldier), kid (a child thief), knuckle (to pickpocket), ramp (to rob out in the open), ruffles (handcuffs), screw (a skeleton key), serve (to rob), stamps (shoes) and wrinkle (a lie), Vaux’s dictionary is a fascinating account of convict language, including the origins and early usage of several words that have evolved to become part of Australian English today. And Simon Barnard’s illustrations and supporting accounts of individual convicts and their criminal antics complements this lively picture of Australia’s convict history.