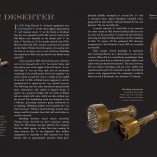 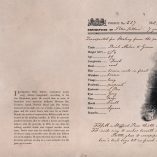 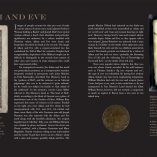 At least thirty-seven per cent of male convicts and fifteen per cent of female convicts were tattooed by the time they arrived in the penal colonies, making Australians quite possibly the world’s most heavily tattooed English-speaking people of the nineteenth century.

Each convict’s details, including their tattoos, were recorded when they disembarked, providing an extensive physical account of Australia’s convict men and women.

Simon Barnard has meticulously combed through those records to reveal a rich pictorial history. Convict Tattoos explores various aspects of tattooing—from the symbolism of tattoo motifs to inking methods, from their use as means of identification and control to expressions of individualism and defiance—providing a fascinating glimpse of the lives of the people behind the records.

Read an interview with Simon Barnard on Vice.

Convict Tattoos coverage on the ABC.

Read a Q&A with Simon Barnard and Inked Magazine.

Read a Q&A with Simon Barnard and Year 12 Students at Whitefriars College on the Text blog.

‘The best tattoo book I have seen in a very long time…a must for every serious tattoo collector.’
Henk Schiffmacher

‘The early years of penal settlement have been recounted many times, yet Convict Tattoos genuinely breaks new ground by examining a common if neglected feature of convict culture found among both male and female prisoners.’
The Australian

‘This niche subject has proved fertile ground for Barnard…by providing a glimpse into the lives of the people behind the historical records, revealing something of their thoughts, feelings and experiences.’
The Mercury

‘A fascinating insight and welcome addition to the subject from a different angle. Very strong images expertly brought together.’
Timothy Millett, co-editor of Convict Love Tokens